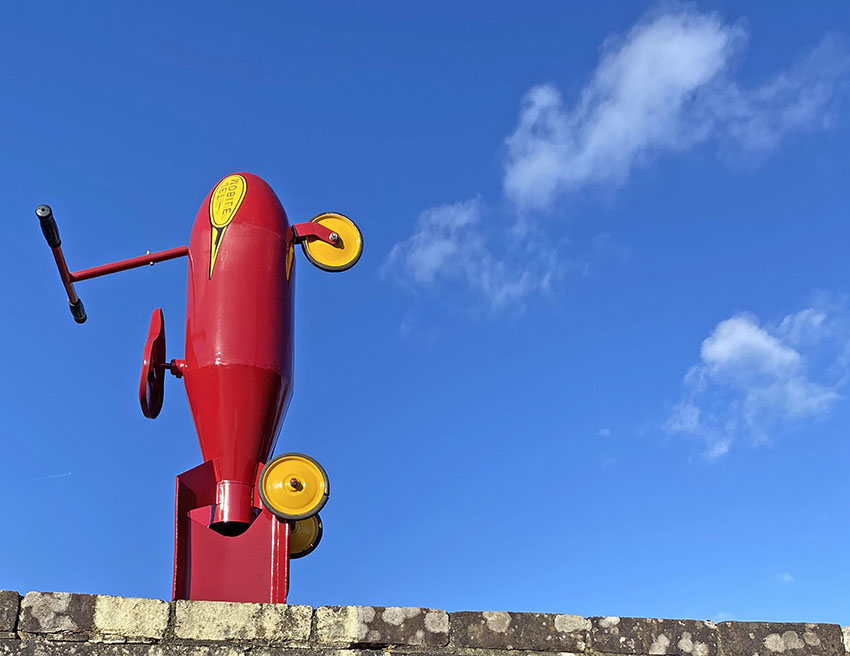 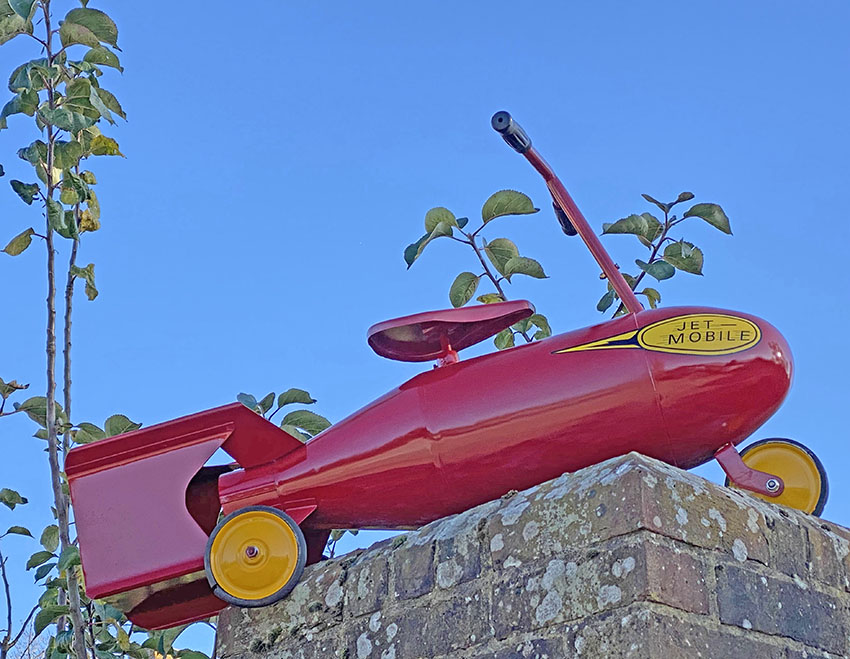 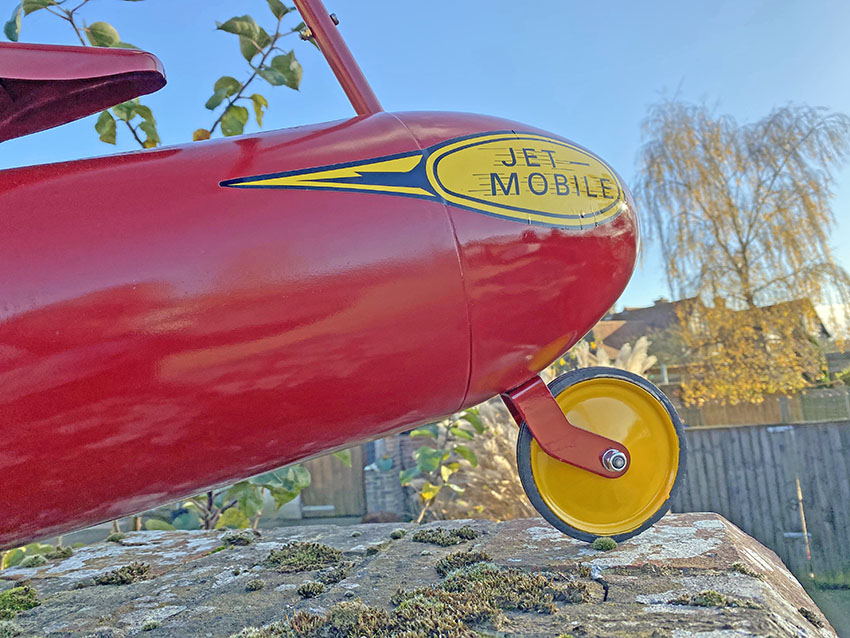 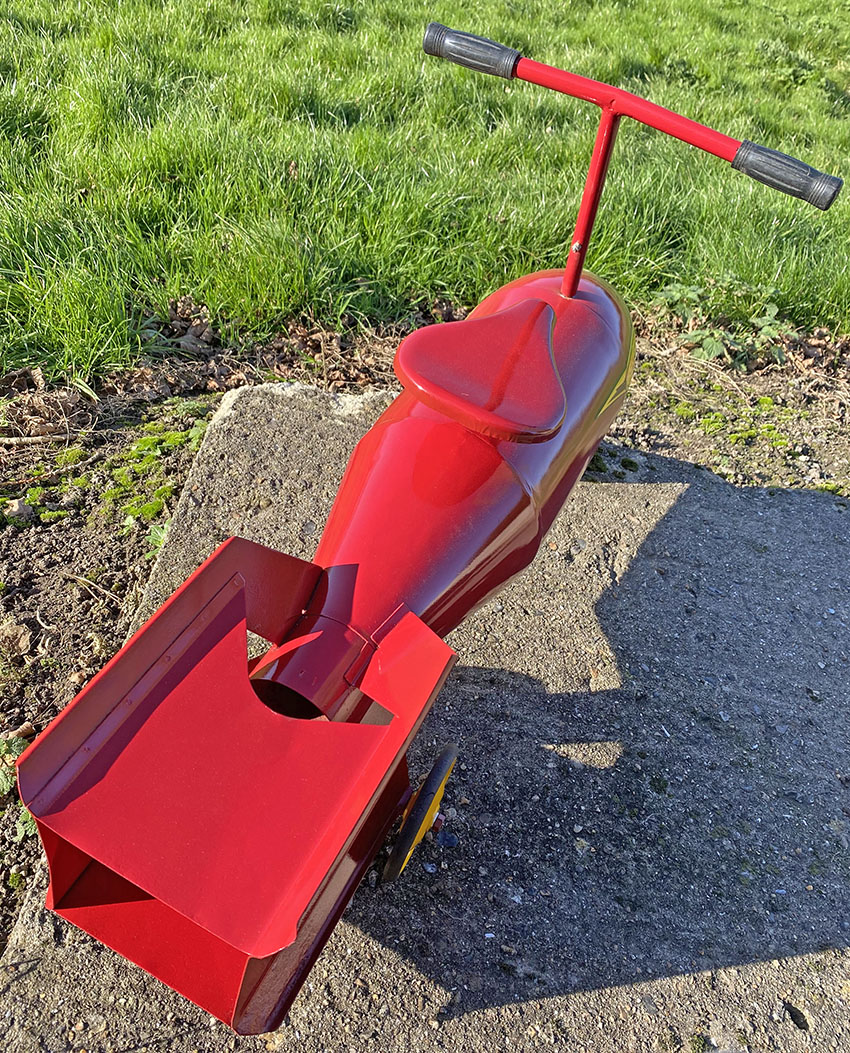 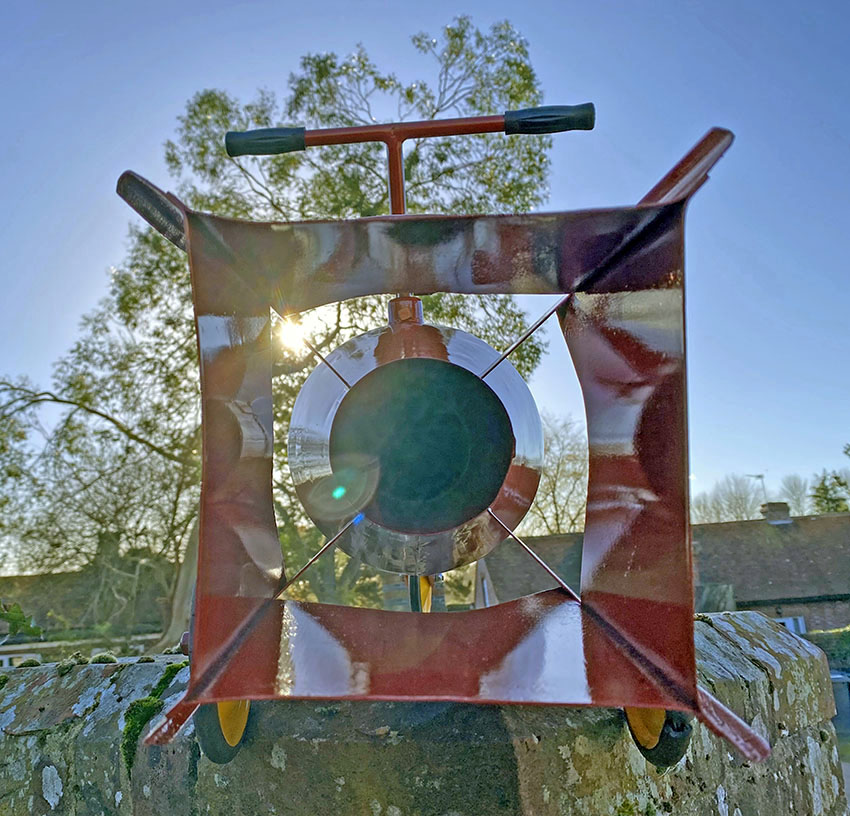 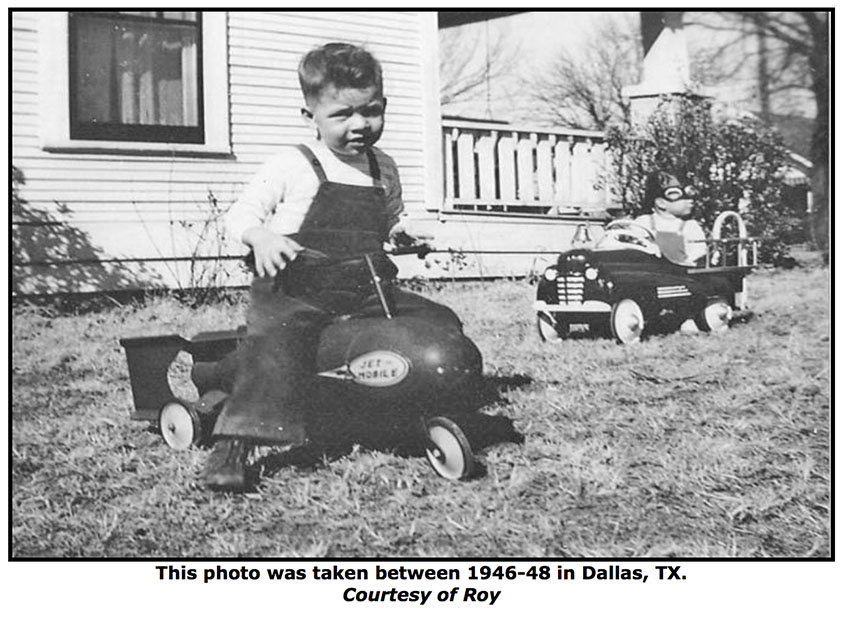 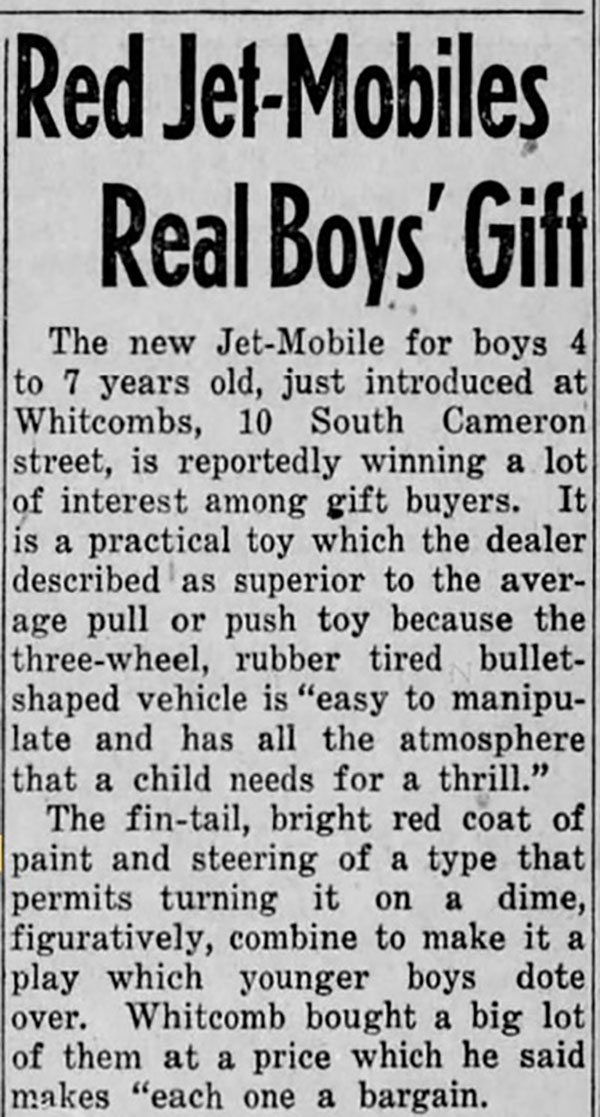 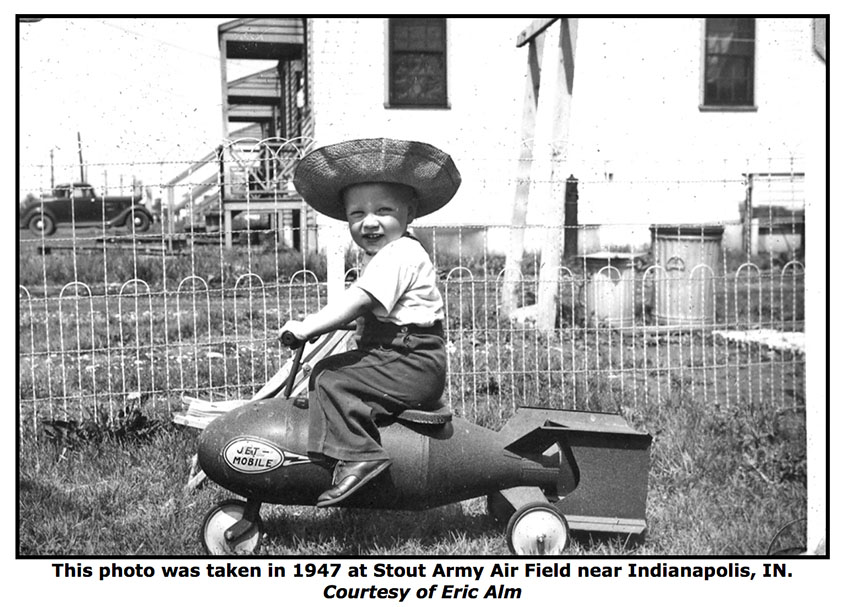 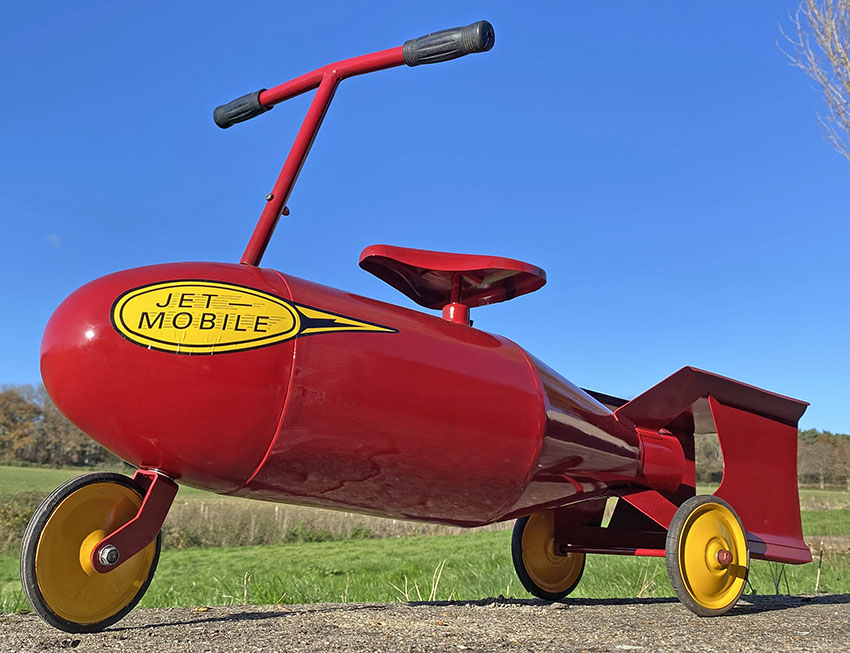 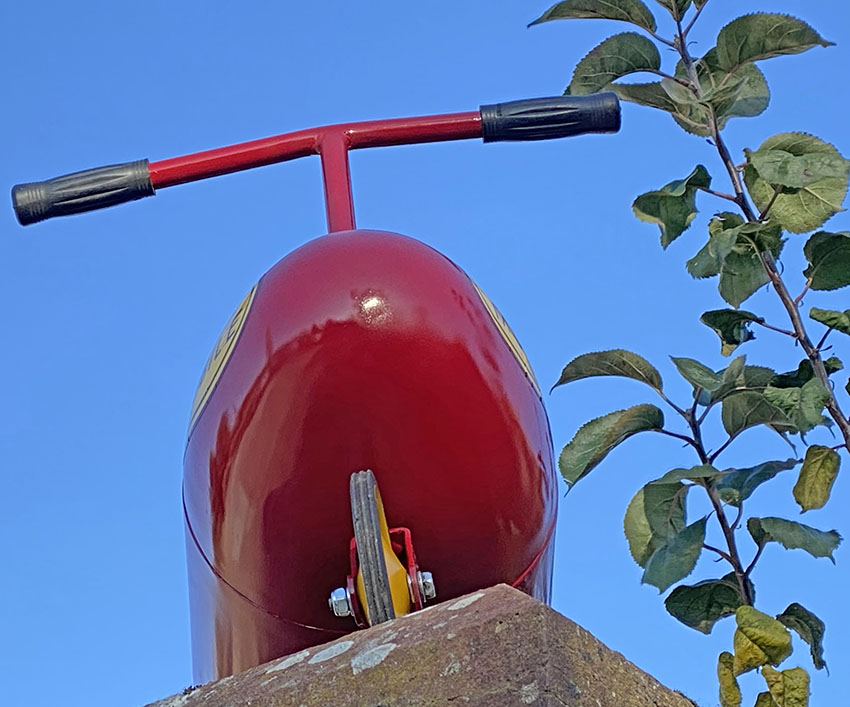 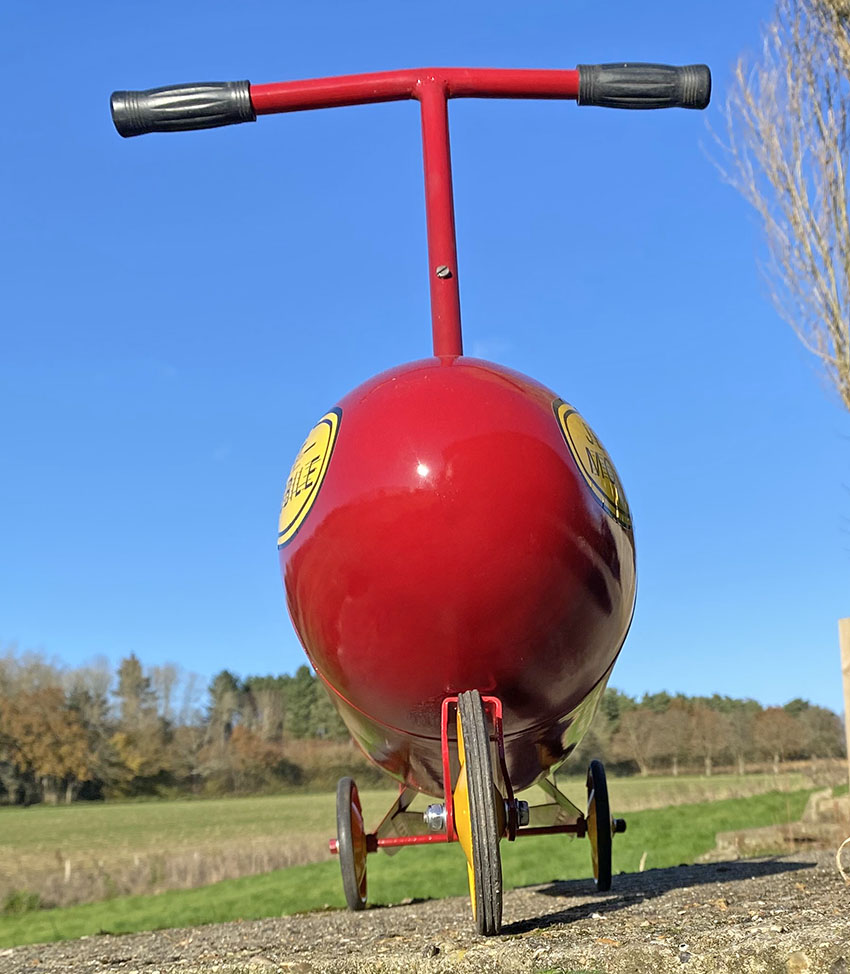 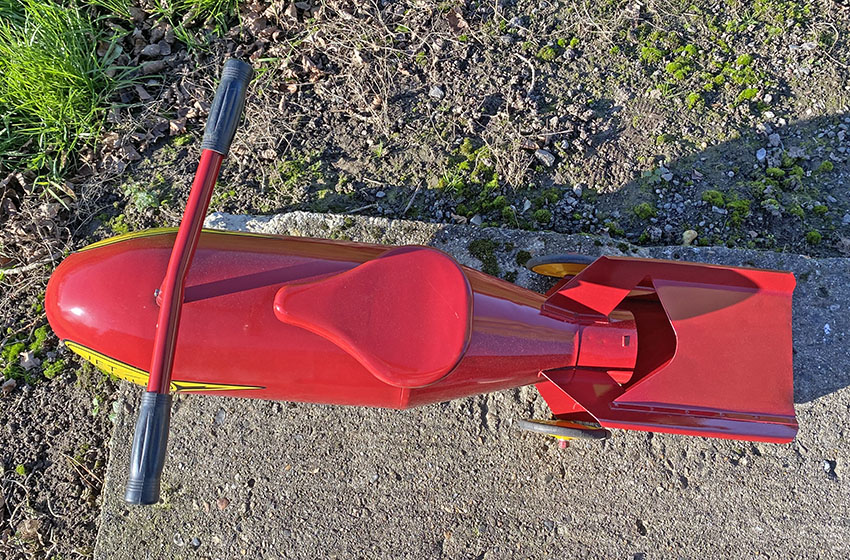 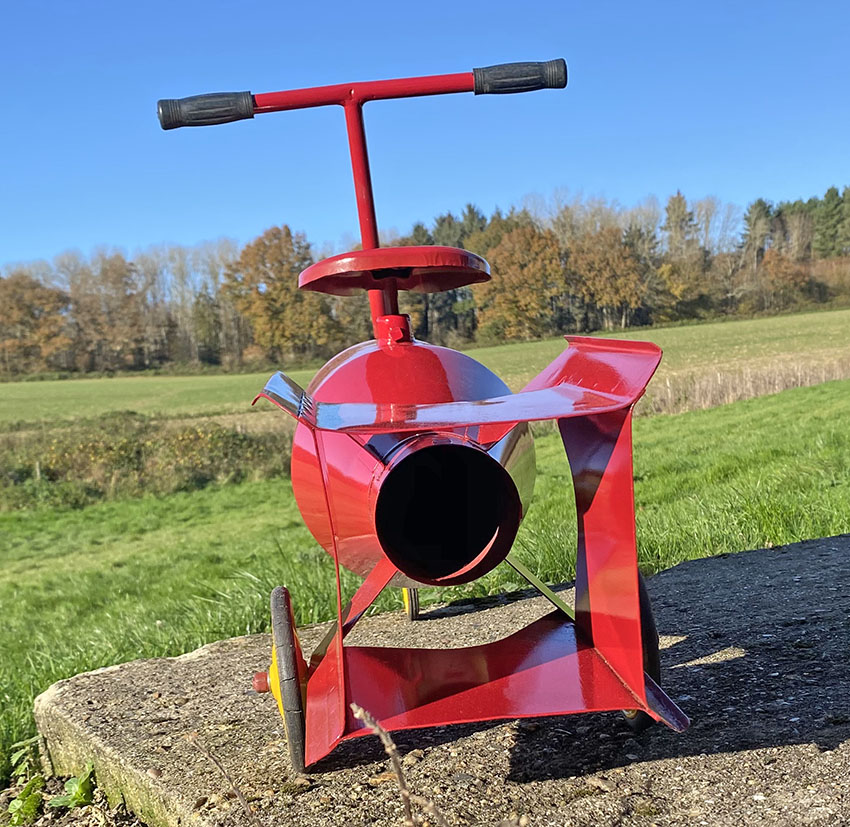 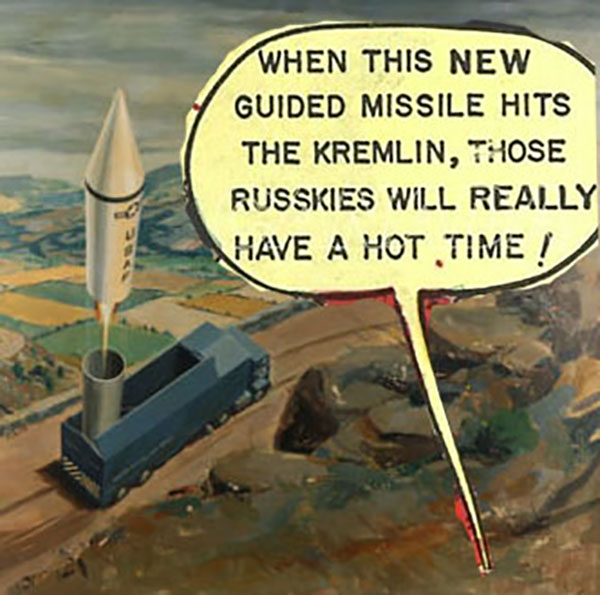 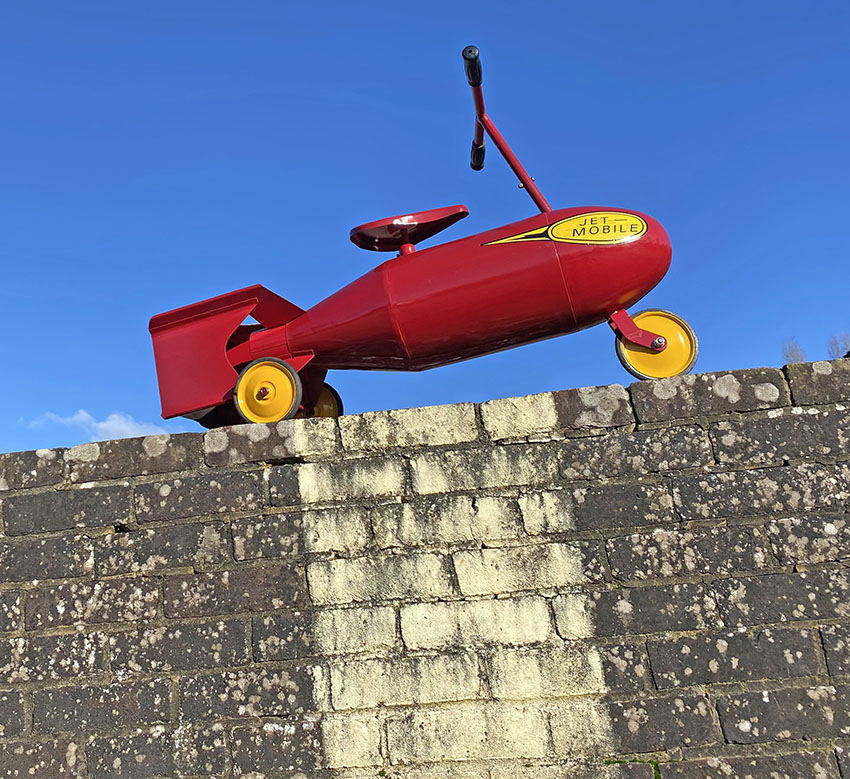 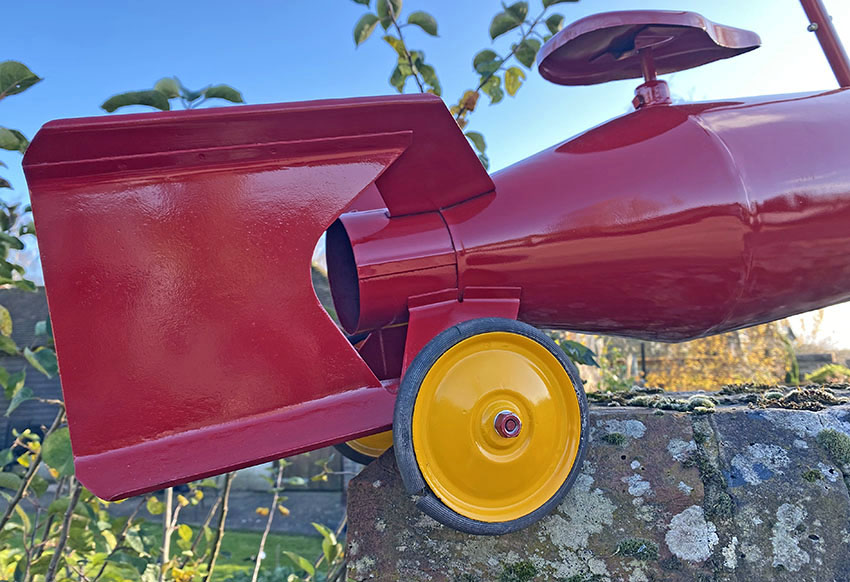 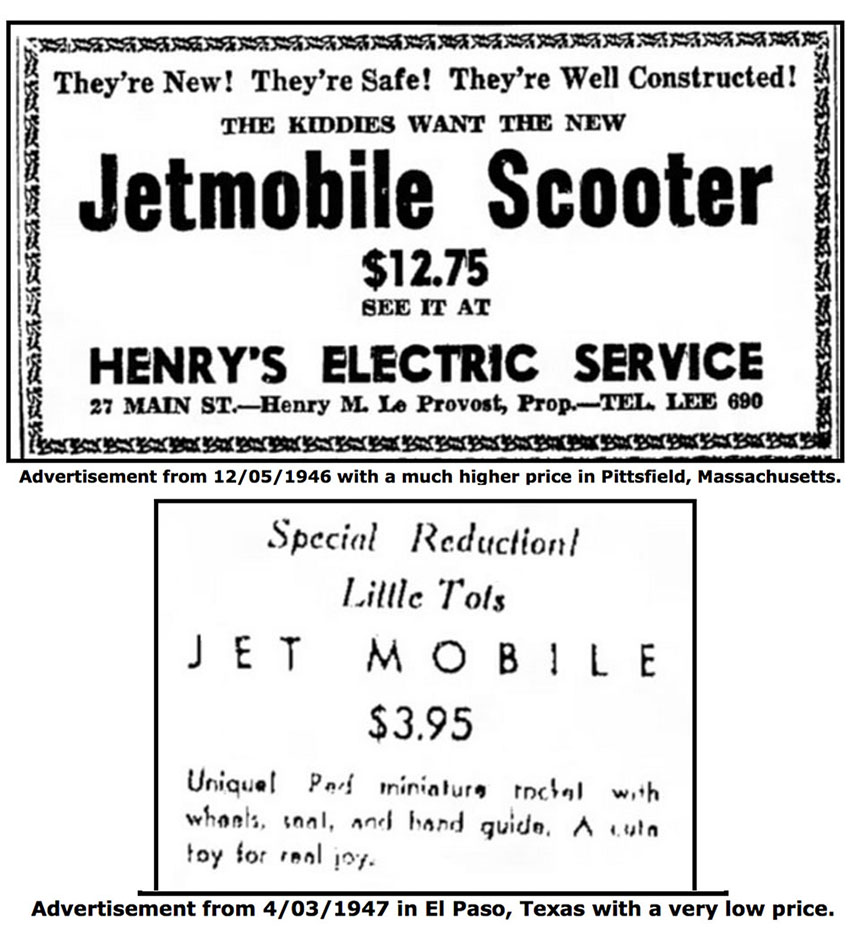 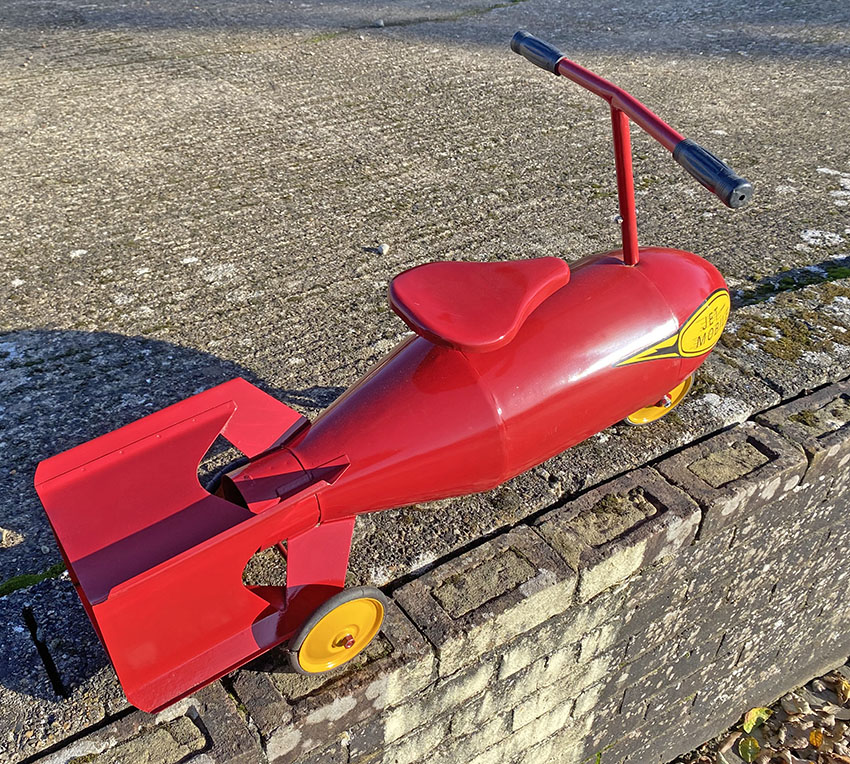 Apparently, during World War 2, the toy company Garton made practice bombs (among other items) for the US war effort. With a surplus of them after the war ended, they added wheels, handles and seats to sell them as children’s tricycles.

The tricycles appear to have been marketed under a variety of names. As well as ‘Sky Rider’, I’ve found ‘U-Ride-It Jet’ and ‘Jet Mobile’.

Many small concerns in Texas also bought the surplus practice bombs, where they were on sale for $1.50 each, and turned them into children’s tricycles. They appear to have used the ‘Jet Mobile’ name for theirs, with advertisements appearing after the war with sale prices around $7.95 (though one shows a much higher price of $12.95). The price dropped as low as $3.95 by 1947.

When I bought this Jet Mobile I found it had been roughly painted, so we restored it, and it’s now once more ready for service…

made from a surplus World War 2 Practice Bomb